Lately I've been thinking about my career & whether I'd be happy doing what I'm doing for the next twenty years. At the moment, my answer is no. 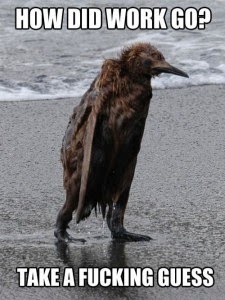 My two top secret jobs before this were in positions of leadership & I lost most aspects of that coming in to this current job, which was a sacrifice I was willing to make because of the very unique nature of the work. However, I've been thinking that I could fit in well with a future career in a management role.

Before you get any ideas, I want to point out that I feel I am not ready just yet. I'm not interested in the glory or being enabled to be a 'control freak'. So that got me to thinking about what I could bring to the table & for that matter, what qualities I deem important for people in management positions.

In my tenure at 'top secret workplace', I've had two very dynamic managers. They are virtual opposites.

The first I met when I was 19 (god help him). I had just come from a pretty toxic work environment & been burned by managers in the past. To their credit though, I was a teenager & didn't know shit about how the world worked. I've come a long way in 5 years & I hope that most people can relate if they are to look back at what their workplace ethics & ideals were when they were a teenager as compared to a few years down the line... I'd like to think that I started as a naive, insecure, right-fighter & have worked to become more composed, strategic & open minded.

This first manager taught me trust, sound judgement & to take the high road. Whenever I wanted to make a pity party for myself, criminalize my opposition & act in anger, he encouraged & later expected me to not victimize myself, not try to rationalize other people's behavior & 'simmer-down' before I attempted to resolve a problem.

The second dynamic manager reads this blog so I can't go in to great detail about what a pain in the ass he is :) 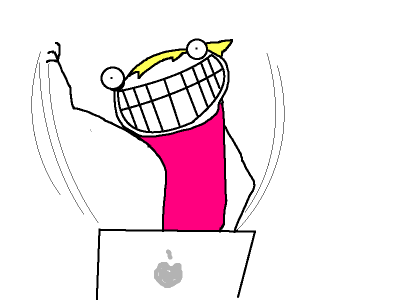 In just a year I've learned from him that first impressions aren't all-encompassing. We worked together for six months before I noticed he ate lunch by himself & invited myself along to put him out of his misery.
I learned the unfair realities of workplace code. Working with someone two generations apart from your own & with nothing in common taught me about adversity & diversity.
It's actually a pretty amazing thing to be forced to remove yourself from the natural choice of spending your time with someone your own age & gender with similar values & opinions. I often think now about what workplaces could produce if they partnered up men & women, young & old new to the job & with seniority. What a nice contract of expertise & outsider's view, experience with fresh optimism.

In fleshing out my ideology on an ideal manager, I considered the following traits:

I think that as people move up in management, their positions lose the ability to partake in the 'meat & potatoes' of their organization. They become further removed from the actual productions & everyday work. What's more, I think most workers would not expect that type of a manager to become directly involved in what they do. I think its important to surround yourself with a team that you can trust & doesn't need you to micromanage or breath down their back. 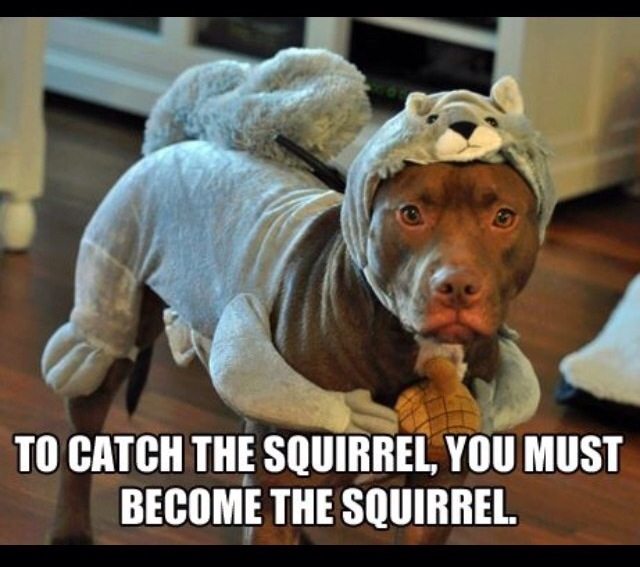 A little bit of hypocrisy compared to my first point. Allow me to explain.
Although I'm sure most employees don't want management breathing down their back, it takes a level of humility (and a huge time commitment) to know what it's like to be in your people's shoes.
I've always been one to appreciate when my manager has worked their way in to their position from the ground up. I think its probably common to have more respect for someone who's 'paid their dues' & excelled enough to be promoted, both as a manager & a possible mentor.
It's inevitable though that some companies hire from the outside & some managers lead groups of people who's jobs they haven't done themselves. In cases like this I think employees can still respect their manager by acknowledging their education & experience. Ideally, its great for managers to 'stay connected' by arranging to shadow or 'temp' as their employee for a day. If this can't be accommodated, at least open & honest dialogues with employees on their successes & challenges, their time drains, new tasks, time dilemmas etc. How can you expect your people to be receptive to your advice?expectations/suggestions when you don't understand what it is that they do!

Maybe its just me, but I believe low standards are crippling.
If your boss tolerates half-assed work, crappy attitude, spotty adherence, how are you going to survive in a future career (possibly your dream job) when your new boss doesn't?
I've always had the motto in job interviews that I have higher expectations for myself than any job has had for me. I want my boss to be hard on me for the right reasons & take my work & my future seriously. I want any evaluations/ reviews to not just be seen as mandatory paperwork but to really talk about what we can both contribute to make me for successful at work. To me, someone who has high standards for me is invested in me. Good leaders help others imagine themselves in new ways. 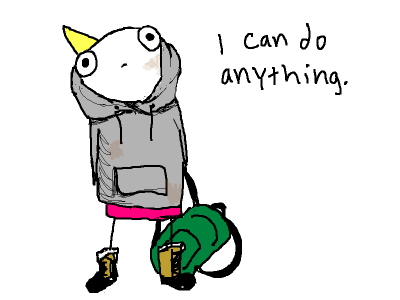 A very wise lady once told me that her role as a leader was to be whatever the employee needed in order to be more successful.
Some people need to hear it straight, some need short-comings to be sugar-coated or 'sandwiched'. Some need to be trained verbally, some need to see it take place, some learn by doing. Some really need to know their managers on a personal level & some prefer curt, professional interactions.
It's a lot to ask of someone to alter their primal selves to help someone else, however I think If I was an owner or a CEO, this is what I would want & as an employee, I'd want that too. Win-win.

With the exception of those who want a curt & solely professional relationship with their bosses, I think most people appreciate when their superiors show vulnerability & let you know they are more than just their role. 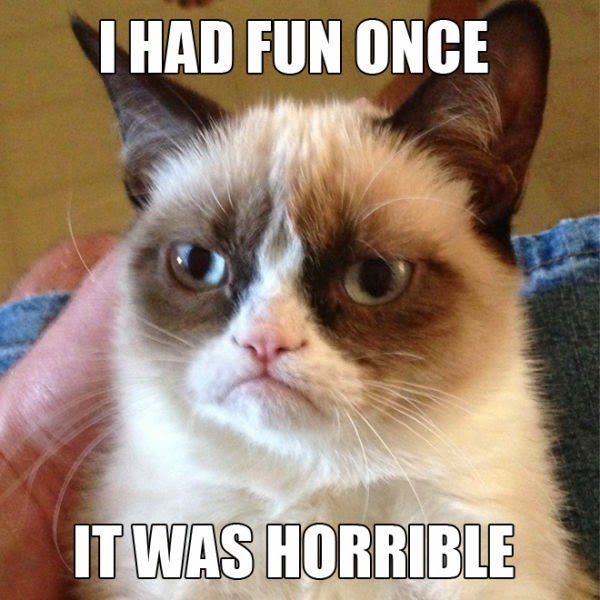 I have a friend who's manager burst in to tears during a private meeting because she was under a lot of pressure which seemed seemed to change a lot for my friend's outlook on the situation (and mine when I heard it).
I ran storming in to my boss's office recently only to find him pressed up against a wall doing this incredibly feeble rotator stretch as he has injured his shoulder & been instructed by the physical therapist to do this grandma stretch. It made me so sad to think that as I ramble on & on about everything, he was in physical pain. Because I caught him in such a 'vulnerable' position, the tone of the conversation was completely changed.
No matter what people do or how much they make, I think we can all appreciate knowing they put their pants on one leg at a time.

We live in a society so quick to criticize & complain but so rarely commends. We're at a point now where if you haven't heard any bad news about a company or a product, its probably the cat's pajamas!
I think we need to acknowledge when we are happy with someone's approach, speed, vision, productivity etc etc. Who doesn't like a little dose of positive in their day? Not only that, but I believe that giving praise is an essential humbling experience for those in power.
It's been suggested to me that company rewards or commendation programs aren't advisable because you will alienate your employees who aren't acknowledged. There are people who half-ass their way through work & are just so naturally talented or dispositioned to the work while others are giving 100% and don't actualize. There's also the argument of popularity contests. That being said I guess the best way to do it is to have private conversation with your people to see if they appreciate reward systems (monetary or otherwise) I think it's fair to say that in general, people appreciate being recognized.

Management is not the right area for cowards, passive aggressives or the socially awkward. To get right to the nut of my point, I think there are a lot of situations where you just have to 'suck it up', pull up your panties & do what you need to do. Have the hard conversations. Scared leaders build a fort. Bold leaders blaze a trail.
Some employees aren't easy but that doesn't mean they aren't the perfect fit for the job. Employees priorities do not include making your life easier.

I believe it is managements role to be a champion for change. It's easy to get in a routine of doing the same thing over & over (efficient or not) because that's what we know & that's what we're good at.
A good manager should be able to sell their people on change with their own optimism & knowledge.

On the flip side, & playing in to having good judgement, I think their role also demands that they act as an actuary in assessing risks & preparing for the worst case scenario.
I've been just about laughed out of meetings for attempting to be knowledgeable & 'uber-prepared' for outlandish worse case scenarios only to have those scenarios actualize a week later.
Be the devil's advocate. 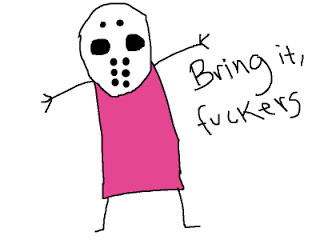 Lastly, don't take no for an answer:

Don't go getting yourself in shit with this one!
Although managers are people, they still report to someone.
If you come in to a conversation with that someone educated, willing to compromise, with good intention's & the company's goal at heart, I don't feel the conversation should stop with a 'no' from your superior. Rules are meant to be broken if the suggestion is reasonable & accomodable. I have an annoying amount of experience with managers telling me "no", followed by "I'll think about it", followed by "maybe", followed by "ok just this once".

I'm sure I've missed a lot of traits that I take for granted.A respect for diversity, consistency, promoting a good work-life balance, generally not being an asshole? Any other big ones I've missed?