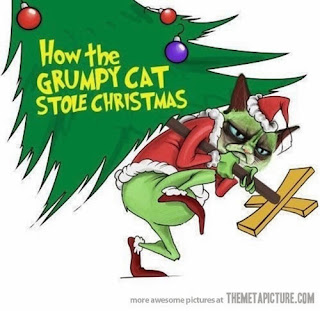 As of last Christmas I've had the 'pleasure' living with & picking up after a Christmas Grinch.

This grinch expresses his grinchiness modestly by removing & hiding the gift tags from the gifts & majorly by completely destroying the Christmas tree while scattering/destroying the ornaments.
This is the grinch: 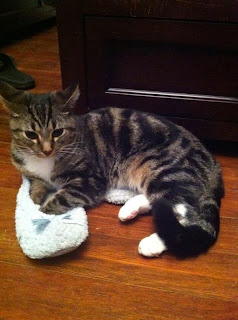 I am not quite sure what Chevy holds against the spirit of Christmas, or why he hates trees. If he could communicate, I'd ask him. Then we'd probably talk about his many tantrums & how it makes him feel.

He knows that mangling the tree is bad, so he would not do it in front of parents, but when parents are gone or asleep, he strikes. 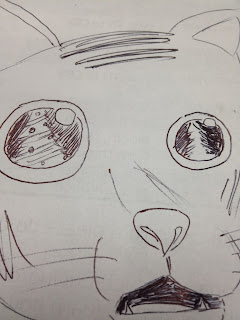 I imagine it starts off innocently enough... "Oh, I'm a dumb little cat, there's something shiny in the living room, I must punch it with my paw".
Followed by "Oh, I'm having so much dumb little cat fun, I think I'm going to pull down this garland or this chain of beads.
Followed by "OH MY GOD I'M INTOXICATED BY POWER, I MUST TAKE A RUNNING LEAP & BUDDY-THE-ELF MOM & DAD'S TREE!!!" (At this point I assume the picture is emphasized with ravenous foam bubbling from Chevy's mouth & bulging veins in his stupid, little eyes. 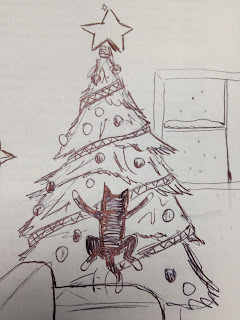 And then, when he's come down from his meth-high of holiday-ruining, I imagine he goes to lay down or take shit or something. I come home, see the tree & find him here: Like a serial killer risking his freedom for a couple seconds of media glory.

My therapist says that I need to do one of two things (or a little of both).
A) Lock the cat up when he would be alone in the tree (IE 15 hours of the day) which would also mean that I have to lock him up in the basement with his litter box, with the orange cat who is an innocent bystander or:
B) Learn to let go & allow myself to have a mangled tree. This is not possible. I do not work my butt off to pay for a nice house, nice decorations & great gifts to have the Christmas beacon mindlessly destroyed by a scroogy crusader.

The last straw came this weekend.
Mr. Ford had convinced me at the therapist's office, that it we could make this work & locking the cats up wouldn't be a big deal.

Since he is the one that feeds the cats, he would make sure to coral them in to the basement during work & sleep hours for the rest of December. I would get more sleep from not being woken up in the middle of the night from crashing ornaments & he would get more sex (brilliant male logic at work...)

Reality is a little different out of the therapist's office because, as predicted, Mr. Ford went from 'Me play video games' to 'Now me sleep' & came to bed without corralling the cats in to the basement. 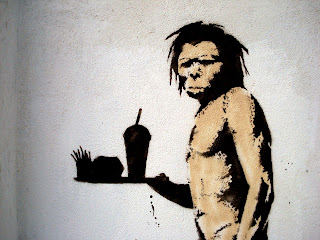 I first woke up to the sound of ornaments getting rolled around the hard wood floor.
I tried to option B. I negotiated with myself: Maybe it's just 1 ornament & the tree is completely fine, just go back to bed. By I knew it wasn't one ornament. It never is. So when I heard the springy sound of a tree branch being bent & then the tree being released in a catapult... that was it.

I stormed down from the second floor. Chevy, knowing that he was caught red-handed was already bolting down the basement stairs. Bob starred at me with wide eyes as if to say "WHAT THE FUCK IS GOING ON??? WHERE ARE THE ZOMBIES?!"

I grabbed Bob, too angry to even apologize to him for forcing him to suffer being locked downstairs with the evil do-er. All the while the dog at my heels insisting that she is the enforcer of the pack, jumping & charging the cats in an attempt to show me that she would punish them...for whatever they had done.
"I DON'T NEED YOUR HELP GOD DAMMIT" I squawked at the dog & told her to get back upstairs. Like the obedient dog she is, she then stretched at the foot of the stairs & pretended she didn't hear what I said.

I plopped the second cat at the basement landing where Chevy had already escaped to & slammed the door successfully condemning them to 400 square foot prison.

Rude wake-up call #1 could not have been complete without me returning back upstairs & darling Mr. Ford saying "whaaa...what happened?" 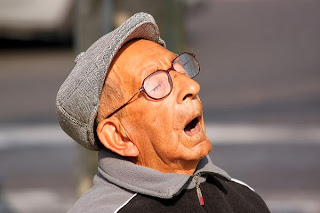 Wake-up #2-The cats playing me the song of their people from two flights down. At this point I thought, at least the tree is safe. I go back to sleep. 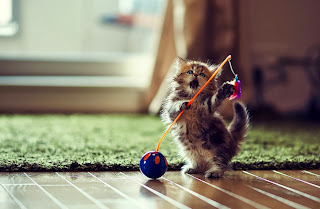 Wake-up #3-I hear a loud thud. Like the sound of a statue or another solid, unbreaking substance getting knocked over. The cats must have knocked something over in the basement, I reason to myself. At least the tree is safe I thought, I'll deal with the damage in the morning.

Wake-up #4-The sound of ornaments crashing.
What? Go away you crazy nightmare, I've already solved this problem.
But then I heard it again. I opened my eyes to make sure I wasn't in some sort of an inception half dream making up some crazy sounds in my head. Nope, another crash.
I remove myself from the bed, charge down the stairs & turn the light on. Lo & FREAKING behold. There's the cats. 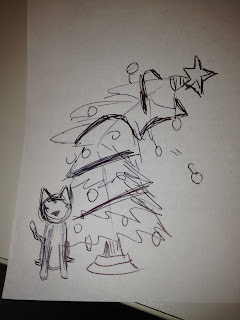 I grabbed them both & head to the basement landing where I find the door still firmly closed. WHAT THE EFF HAVE YOU DONE YOU WIZARD CATS!!!??
After plopping them back down on the landing & checking the door handle again to ensure the knob firmly clicked shut, I headed back upstairs too tired to be able to conceptualise how they could have possibly teleported in to the living room.
Its on my way up that I notice the cast-iron furnace grate lying loosely across the floor.
You freaking mangy furballs demanded so incessantly to not be in the basement that you jumped on to a shelf from the basement & gained access to the furnace vent, Tom-Cruised through the vent system until you found a grate that you could use your scraggly little arms to push off the floor & re-enter yourself in to the civilised world of the living room. All for what? TO RESUME ATTACKING THE CHRISTMAS TREE! I moved a storage bench to position it on top of the cast iron vent prohibiting a stupid little cat from pushing it off.

Wake-up #5-The cats yet again sing me the song of their people. It is much louder this time. I refused to get up & give them the satisfaction of my presence this time but I can only imagine their songs were louder as they had tried to again scale the furnace venting & escape in to the living room only to find they scheme had been foiled.

Wake-up #6-Gurgling from a water main break on the street. have not been able to prove the cats' involvements.

Wake-up #7-Husband getting out of bed from a lovely night's rest. He will at some point insinuate that I am lazy & our relationship suffers because of the amount of naps I take when we could be spending time together. His sleep-monitoring bracelet will later indicate that he had a period of 'restlessness' in the wee hours of the morning.
Posted by Crouching tiger, hidden ginger at 11:55